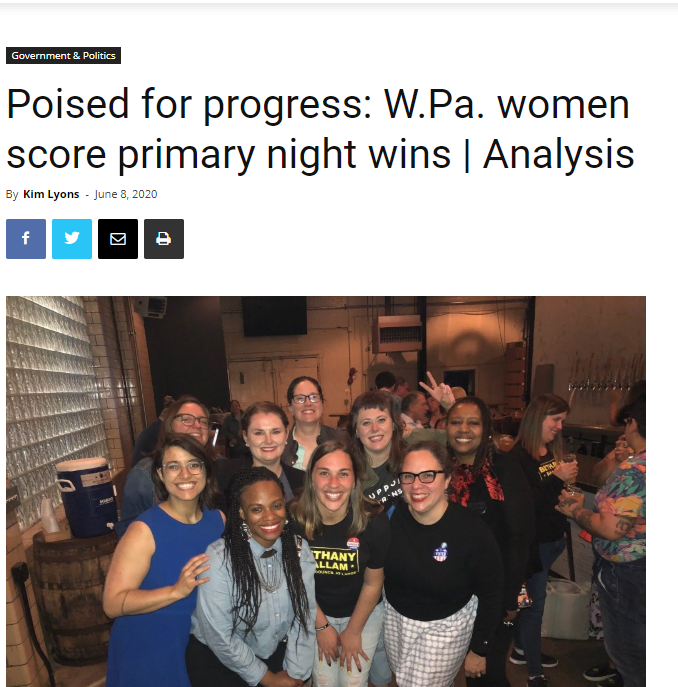 For the second spring primary in a row, all of the candidates endorsed by Women for the Future of Pittsburgh, a political action committee focused on electing progressive women in Allegheny County, won or are poised to win their primary elections.

The same is true for the UNITE PAC, which supports progressives with a focus on women, people of color and LGBTQ candidates: all four of its endorsed candidates won their primaries as well, according to unofficial returns.